In her leather bra and chaps, Jessica Alba manages to pull off one of the hottest performances in cinema history. Although when you’re Jessica Alba, it’s probably not that hard. Following the film’s release, images from her smouldering performance quickly came to adorn boys’ bedrooms all over the world – and have now become iconic images. 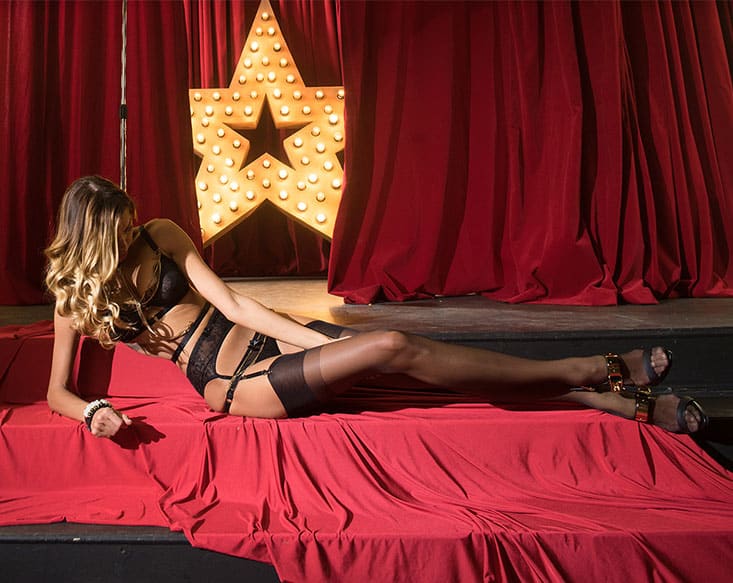 Speaking of hot performances, how about Natalie Portman in the crazy psychological drama that was Closer? The film was praised for its clever dialogue and mature performances – but with Natalie’s ten-minute turn in a G-string, glittery bra and hot pink wig, you’d be forgiven for being distracted!

This is an eighties classic – and in no small part due to Jennifer Beals’ sizzling performance. Alex Owens’ routines have become an iconic part of movie history, incorporating dance moves that have been referenced consistently since the film’s release. Just check out the Jennifer Lopez video for ‘I’m Glad’ – she was actually sued twice because it was so similar to the film.

And now for a couple of dishonourable mentions! Who could forget Demi Moore in one of the most iconic stripper roles of all time? Although the film was ill-fated (it bombed at the box office and won the Golden Raspberry Award for Worst Picture in 1996), it is perhaps the legendarily bad reviews that added to the cult status of this film.

Another ill-fated stripper film, ‘Showgirls’ was panned by critics and received 1995 Golden Raspberry Award nominations for Worst Picture, Worst Director, Worst Actress, Worst Screenplay, Worst New Start, Worst Screen Couple and Worst Original Song. This film’s poor reception actually meant that Striptease, which came out the following year, had to be distanced from Showgirls in promotional materials. Nonetheless, the films record-breakingly poor reception led to Elizabeth Berkley, who played Nomi, to being recognized for the role for years!