A Brief History of Brothels in Europe

A Brief History of Brothels in Europe

Prostitution has a famously long history, with its first recorded mention appearing in Sumerian records from c. 2400 BCE. 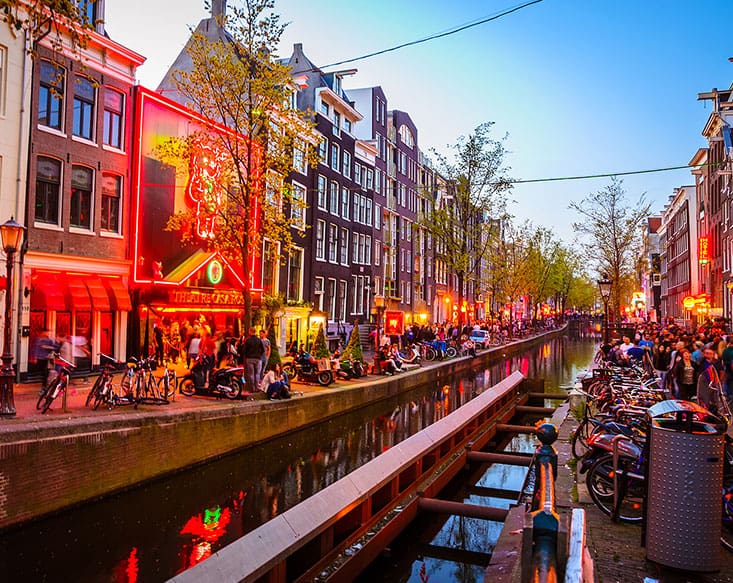 In ancient Athens, the renowned lawmaker Solon created state brothels where, for regulated prices, women and young men would provide sexual services to a mostly male clientele. In ancient Rome, there were brothels everywhere, with female slaves being offered to soldiers for sexual services.

Somewhere between the years 1350-1450, cities began setting up legal municipal brothels which were owned, operated and regulated by the municipality. The government placed restrictions on their opening hours, and on where they could open – setting up the precursor to what would one day be called ‘red light districts’.

The residents of these brothels were also subject to several restrictions, and paid high prices for the bare necessities of food, clothing and toiletries. Often these could amount to the poor woman’s total earnings.

The legal brothels of this time were abolished at the end of the Middle Ages due to a syphilis epidemic that swept through Europe. However, by the 16th Century, brothels were thriving in London. A couple of notable examples include the Holland’s Leaguer, whose patrons apparently included James I of England and the 1st Duke of Buckingham, and the Silver Cross Tavern, which is still open (as a pub) in the same location today.

In France, legal brothels controlled by the state began appearing in the early 19th century – subject to certain restrictions, of course. By 1810, there were 180 officially approved brothels in Paris alone.

By the early 1900s, the luxury of some Parisian brothels had become famous internationally. There were even brothels catering to gay male clients – though these were subject to more frequent raids.