Sexual fetishism is a fixation on a body part or inanimate object not primarily sexual in nature. Fetishism possibilities are practically endless – almost any object or material can be a focus. Though people are becoming more widely aware of the existence of fetishes -fetishists are generally still considered to be on the fringes of society. But the fetish community does have its breakout star, so to speak: the foot fetishists (otherwise known – rather unfortunately – as podophiles.) 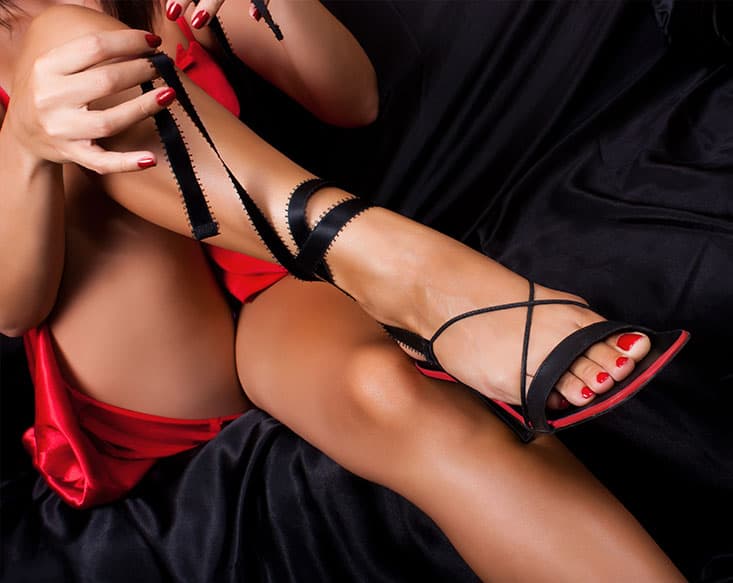 When AOL released a database of search terms submitted by their subscribers in 2006, the most common search including the word “fetish” was for feet. The following year, the University of Bologna carried out a study into the prevalence of different fetishes. They examined 381 fetish group discussions on the internet, with at least 5000 participants, andjudgedfetish popularity by three different criteria: the number of discussion groups devoted to it; the number of individuals participating in a group; and the number of messages exchanged. Foot fetishes emerged as the landslide winner.

The cause of foot fetishism has also been fearlessly advanced by many famous artists waving their freak flags high in very public ways. One of the most famous of these is Quentin Tarantino, who features luxuriating shots of nude female feet in many of his films. David Lynch is also a member of this club, featuring similar shots of lady’s feet clad in stockings and heels. Classic literary examples include Thomas Hardy and Fyodor Dostoevsky, who wrote many scenes of men throwing themselves to the ground to kiss the feet of women. Meanwhile, music is represented by Elvis, who would get his bodyguards to vet potential love interests by their feet, and Tommy Lee of Motely Crue who rather troublingly said, “My mother was Miss Greece in 1957. She’s gorgeous and she’s got beautiful toes. That’s one of the reasons I have a foot fetish today. When I was a kid I’d massage her feet.”

So if the sight of well-pampered tootsies gets you all hot and bothered, don’t worry – you’re in good company!